New York City has a long and storied history. The wealthiest city in America, it's been a hub for commerce and industrial growth for centuries. On the flip side, it has also been home to some of the most notorious organized crime syndicates.

Something you may not expect, however, is that New York's wooden water towers are just as iconic as the Empire State Building. But, why?

Read on to learn more about the history of these unique structures.

The New York City skyline is dotted with a large number of wooden water tanks perched atop buildings, each holding up to 10,000 gallons of water. These towers have been built and maintained by three family-run businesses for over 100 years.

Settlers were originally drawn to the New York area for its rich waterways, however as industry grew in the 1800s, so did the grime and unsanitary conditions. In 1864, The Citizens Association of New York, started by a group of wealthy New Yorker's, embarked on a mission to improve these conditions. Access to fresh, clean water was, of course, important to this mission.

In 1870, the Department of Public Works was tasked with improving drainage systems. Then, with the addition of indoor plumbing in the 1880s, water storage tanks began dotting the skyline. 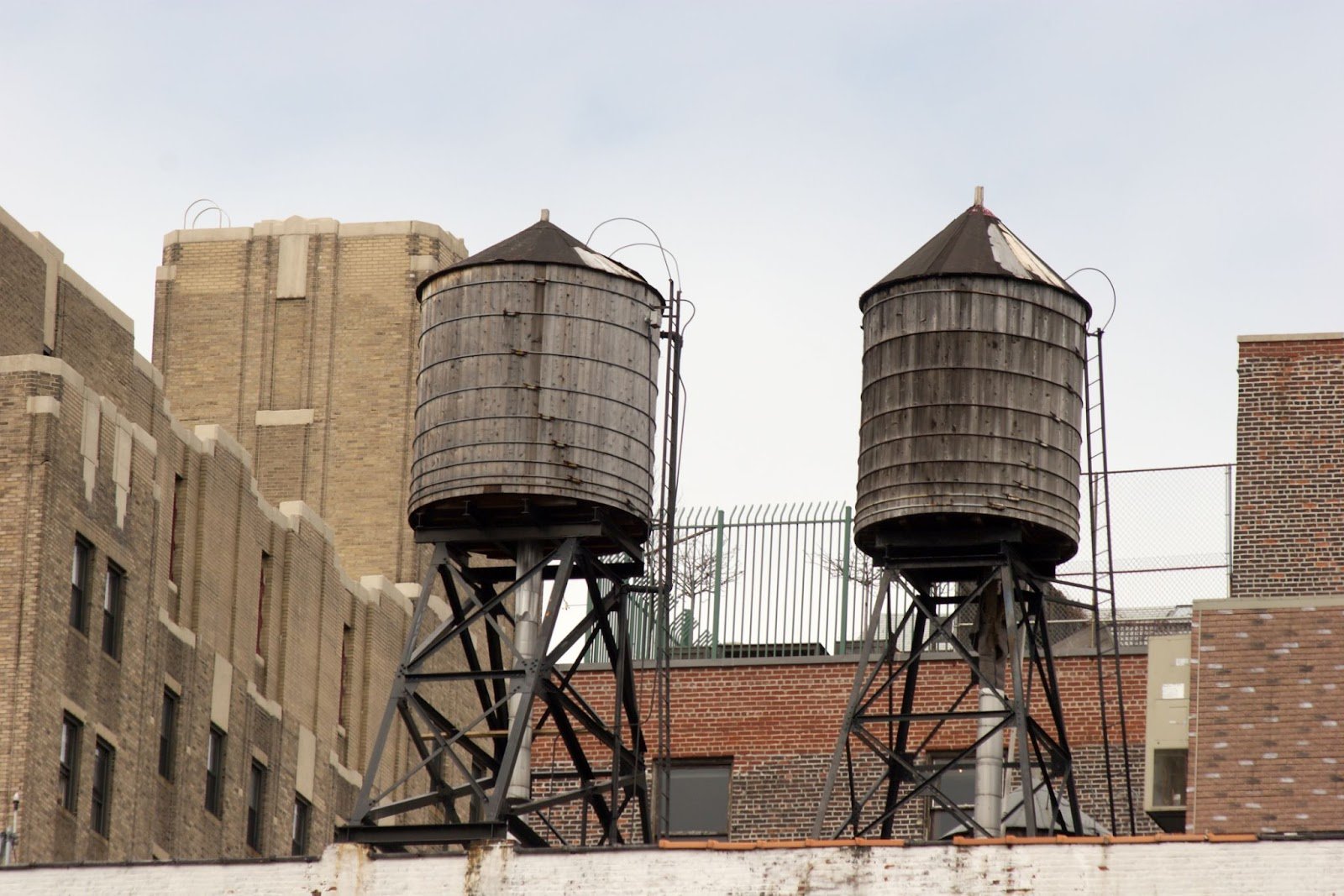 As industry continued to grow and evolve, buildings became taller and water towers became a necessity. While still a nostalgic piece of New York history, almost looking out of place in today's skyline, they still serve a very important purpose.

Why Do New York City Buildings Still Have Water Towers?

As the city's skyline continued to grow taller and taller, the iconic wooden water tanks had to follow suit, or nobody above the 6th floor in these high-rises would have access to fresh, clean water. New York's water supply is gravity fed from upstate New York.

Naturally, this gravity fed water gains enough momentum to rise 6 stories. Taller buildings, however, require a water tower to provide ample water pressure for New Yorker's living in floors 7 and above to enjoy life's simple pleasures like flushing a toilet, showering or brushing their teeth.

How Many Water Towers Are In New York City?

There are approximately 15,000 water towers dotting New York City's rooftops. They are just as important today as they were 100 years ago. Not only do they provide daily water needs for those living in the buildings they serve, but the water they hold is also used to help extinguish fires when necessary.

They've become an important piece of New York's identity, with local artists even paying tribute to them in their work. With a push towards a more eco-friendly society, these structures still hold firm as wooden water tanks are more green and efficient than their steel counterparts. American Pipe and Tank has been building and servicing these modern marvels for over 100 years. 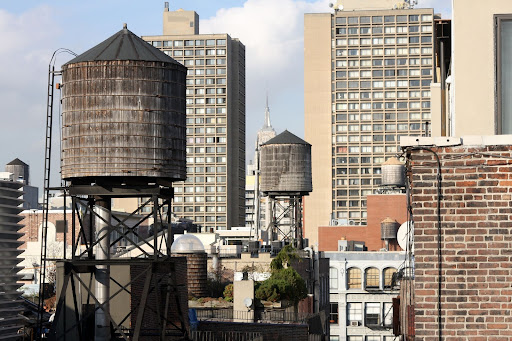 Where Does NYC Have Water Towers?

You'll find these iconic structures proudly seated atop buildings throughout New York. The towers last approximately 30-35 years and can be built within 24 hours. And, surprisingly, it only takes a few hours to fill them with up to 10,000 gallons of water.

The water tanks operate similar to a simple toilet. When the water level recedes, a float valve automatically allows more water in, refilling the tank. A pump is used to pump water into the tank. It can then be disbursed within the building.

Newer buildings in New York may try to hide their water towers using aesthetically pleasing design choices – hiding them behind or even inside other structures. Part of this may be due to the fact that, while iconic, wooden water towers aren't always pleasing to the eye.

The towers are made from untreated wood, so as not to pollute the water they hold. The downside to that, however, is that they very quickly take on a weathered look, in stark contrast to the glass and steel structures of the buildings they sit on.

That said, the wood plays an important role in their efficiency, acting as a natural insulator to prevent water from freezing in the winter. The steel alternative would need heavy layers of concrete to achieve the same. 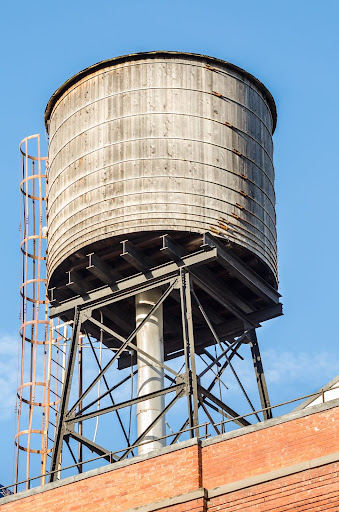 Not just iconic structures, New York City water towers are a piece of history - an important, and very beneficial piece of history. If you need a tank cleaned, maintained, or constructed, American Pipe and Tank is the company to call. They know their way around those New York City rooftops!